food for thoughtinspiration
The Most-Played Tabletop RPGs in 2021
April 22, 2021 6 comments 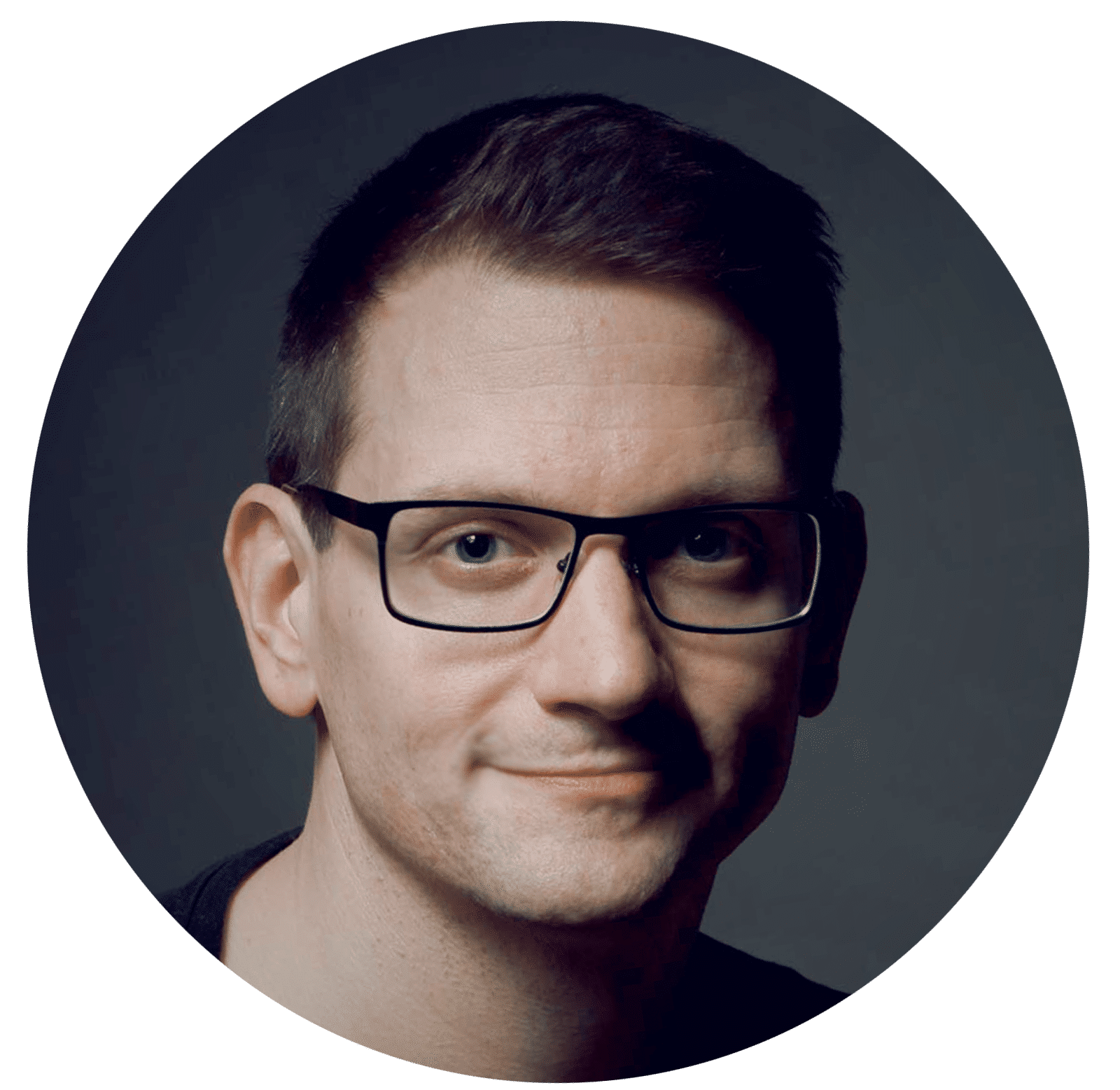 Hi, I'm Thomas, a tabletop RPG enthusiast since 1994. Currently I'm very much into indie and story games. My goal is to support other GMs with advice and inspiration for this great hobby.

What are the most popular TTRPGs in 2021?

Want to know what the most popular roleplaying games are in 2021? We analyzed the monthly searches on Google for the most prominent RPG systems. Then we compared the results with the ORR Report from Roll20, which provides data about all games and sessions that have been played there. Here are the most-played tabletop RPGs from the first quarter of 2021.

Medieval fantasy leads the chart for RPG settings with a share of 66%. That’s no big news, as D&D is the most popular system by far. Another 26% of the pie is shared by these other settings: Horror, Sci-fi, Cyberpunk and super heroes. That leaves roughly 8% for all other genres.

It’s quite impressive that 92% of all game sessions fall into these five main clusters. I myself did not expect Indie RPGs to be such a small part. Within the main genres, there are of course more sub-categories. Take Cthulhu and Vampire for instance. Both are part of the horror genre, but very different. (In one of them, you’re running away from monsters, in the other, the players are the monsters themselves.) Even the Fantasy genre has several distinguishable sub-categories like Epic, Low, Dark, Weird Fantasy and many more. But the general message from these figures is a clear one: Most players stay true to the classic RPG settings.

Where is this data from?

The monthly search volume shows how often people look for certain terms on Google. There’s a bunch of online marketing tools where you can get these figures: Google Ads Keyword Planer, Moz.com, SEMRush, etc. We just fed these analysis tools with the names of the most popular tabletop RPGs and put the data in a spreadsheet. When you compare the absolute figures between the different tools, there’s a quite some variance. But the percentages and shares for each game are pretty much the same, no matter where you take the data from. This means that how often people searched for D&D in comparison to Pathfinder and Cthulhu is largely valid.

Roll20’s ORR report is our second data source. They measured all games and sessions that have been played on Roll20 in the last quarter. This is super interesting, as they gathered real data. At first, I was unsure if the number of online games played is a valid representation of the whole community. The thing is, there are a lot of TTRPG gamers out there who are not playing online and are instead waiting for the end of the Covid19 pandemic. But these figures are pretty close to the ones we got from the analyzed searches (see above, data source 1). The share for the single RPG systems differs, but you see the same games among the top 10 positions. For more details check out the Roll20 blog.

Thanks to the Roll20 team, who allowed us to share there figures here.

D&D is the undisputed no. 1

D&D has been the top dog since the beginning of tabletop RPGs. The brand is so massive, people talk about “playing D&D” when they mean roleplaying games in general. If you ask four roleplaying gamers about their hobby, one will say, “I play roleplaying games,” while the other three will tell you that they “play D&D”. Additionally, the community behind D&D is huge. Celebrities are playing D&D, there countless Youtube channels about it, and it’s really easy to find a D&D group in your area.

The tabletop RPG hobby definitely owes a lot to D&D. It’s in the wake of D&D’s strong marketing that smaller systems gain access to new players. It’s D&D that most of us started playing RPGs with. But D&D’s power also has its downsides. It conveys a very specific image about roleplaying games: Epic fantasy, fighting monsters, and complex rule mechanics. If someone is interested in the hobby, but this mix does not appeal to them, there’s a high chance that they won’t try roleplaying or story games at all.

So, is D&D the best tabletop RPG?

D&D has been leading the charts as the most played RPG system for decades. Does this mean it’s the best tabletop RPG out there? Not necessarily. Of course, the massive community behind D&D and the immense selection of adventures and campaigns makes it a great system to start with. But there are many more modern tabletop RPGs offering the same great gaming experience with much easier and faster rules.

For example, Dungeon World offers the same fantasy RPG feeling as D&D. But it requires much less preparation time for the GM. And it facilitates including the players’ ideas into the plot to let them adjust the story as they want it to be, even during play.

Moreover, some players don’t like the colorful epic fantasy world of D&D and its big share of tactical combat. For them, indie RPGs can be a great alternative. They cover so many different settings: Investigative, horror, intrigues, romance, wrestling or even telenovelas, you name it. For example, here is a list of all available indie systems with Powered by the Apocalypse rule mechanics and the settings they cover:

Why are two thirds of the most popular roleplaying games older than 30 years?

Wow, two thirds of the most-played RPGs are more than 30 years old! There’s not a single board or video game with such a long shelf life, aside from Settlers of Catan. This is true, even though around 100 new tabletop RPGs are being released each year. Why is that so? Here are a few theories:

The number of stories still waiting to be told is endless, though the rule mechanics might be outdated. But as long as they don’t stand in the way of the narration, they are good enough. True to the saying, “never change a running system”.

New gamers usually start the RPG hobby with one of these classic, mainstream systems. And the first few years of roleplaying define what we expect from our game sessions. Most of us enjoy looking back on the good old times, when even simple stories and plots were fascinating, and things were still fresh and new (some call it “sense of wonder”). We long to return to those good memories. That’s why we tend to stick with the RPG system we played first.

3. The law of the market

Tabletop RPGs are an absolute niche market. Very few publishers earn a considerable amount of money from roleplaying books. And only those that earn money can afford advertising and marketing. That’s why the big RPG systems are much more popular and why new gamers come into contact with these games first. Which brings us back our first theory.

The most popular non-fantasy systems are Shadowrun, Cthulhu, Star Wars, Vampire the Masquerade and Starfinder. All of them are dominating their respective genres unchallenged. Many people in RPG community regularly play one or two of them as secondary systems next to D&D. Apart from the cyberpunk setting, they reflect the most prominent genres from books and movies. What is well received there also works for roleplaying games. It’s real-life drama, comedy and romance that are a bit underrepresented in the RPG sphere. You’ll find these genres mainly as niche games or indie RPG systems.

Indie games are roleplaying games in less mainstream, a bit exotic settings that are printed in small batches. Swashbuckling adventures, Latin American telenovelas, fairytales, stories with animal characters, teenage dramas – these are just a few examples of settings indie games can provide. Additionally, they come with lightweight rules and a strong focus on narration.

If the big mainstream RPG settings seem too trite, or if their complex rule systems feel too inflexible for you, then you should definitely try out a few indie systems. Occasionally, we’ll review several indie systems on this blog. We also highly recommend the PBTA roleplaying games (Powered by the Apocalypse). Here’s a list of all available PBTA games and settings:

Have you got any other survey data?

Got any additional statistics about the most-played tabletop RPGs? Or would you like to share results from a survey on Facebook or Twitter? Then please post a link in the comments below. We’d really like to compare more statistics with ours to get a better impression of which roleplaying games are being played out there.

Nice analysis – I have been looking at some other polls on similar topics but search data is another good perspective.

I have been sweeping up surveys from around the web for a while and there is a long running pattern of people sticking with the game for ages. Whenever they run a poll and ask ‘when did you join’ you get responses from all across the time range from the 70s . Anecdotally, people talk about how ‘we’ll be playing D&D in the retirement homes’. The profile of new joiners is changing – the average age of a new joiner looks to have been rising from early teenagers back in the 80s and now is up to low/mid 20’s.

You can find these data sources through the links on my blog under the ‘dungeons & data’ tag.

Thanks for sharing all this data. That’s really impressive.

The rising average age of people starting with tabletop RPGs is super interesting. I wonder where this is coming from.
In the past it was experienced GMs who introduced new people to the hobby. That’s also how I started playing.
Now it’s mostly Youtube, which reaches a much bigger audience.

Me and my friends we also joke about the “retirement home for tabletop RPG gamers”. But it’s because we got so many games we want to play, and so little time to cover them all 😉

Thanks for the data! It seems that the Google-searches are based only on German serches (DSA does not appear on Roll20). I think this should be mentioned or compared with international Google-searches. It would also be nice not to round down to nearest 5.000 (with the exception of Dungeon World)

Hey Jakob, the data is based on international search volume. I added DSA / The Dark Eye on top of that by taking the search volume from the the German speaking region exclusively.
The tools to get search volume from don’t provide super accurate data. If you compare different tools you get variations from -20% to +20%. That’s why I went for rounded average figures.

First, let me say that this is a great article and I really appreciate you tracking down this data. It’s really interesting to see how the TTRPG market share shifts over time and especially to see it broken down by genre. Aside from that brief period when Pathfinder ate D&D Fourth Edition’s lunch, Dungeons & Dragons’ major competitor has always been it’s own previous editions. If Advanced Dungeons & Dragons works well for your group and you already have all the books, why bother upgrading to a new edition?

“There’s not a single board or video game with such a long shelf life, aside from Settlers of Catan.”

As for video games, please – the retro scene is stronger than it’s ever been and many classic video games have proven that they are, in fact, timeless. Classic Megaman, Final Fantasy, Mario, Sonic, Zelda, and so on are more popular than ever.

Good points. Retro video games indeed super big. With that in mind I’ll reconsider the statement. Thanks for pointing that out!